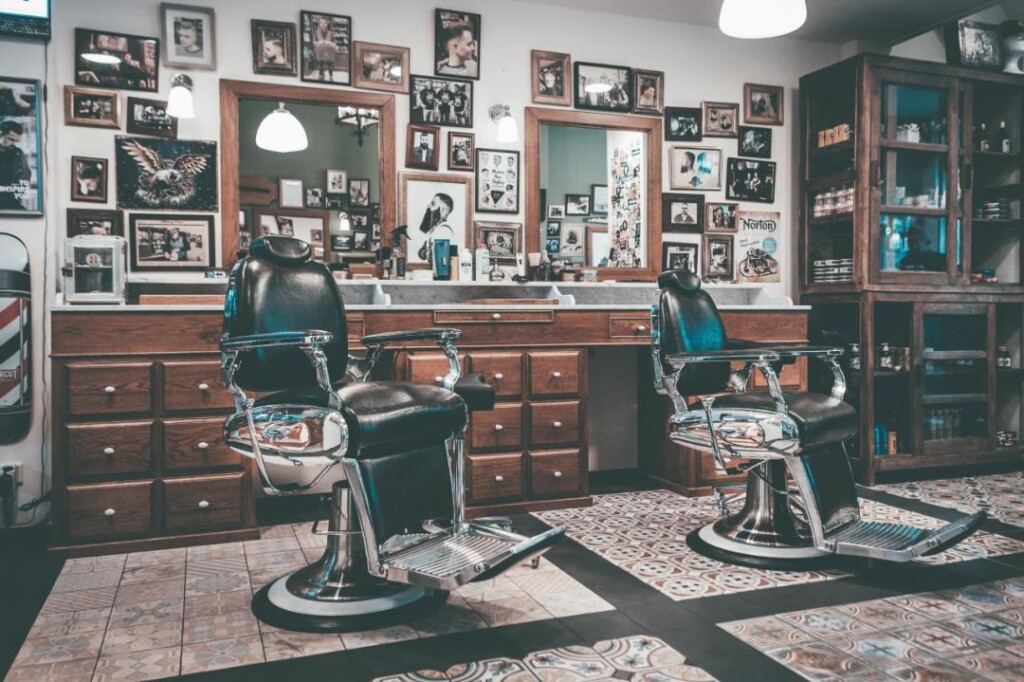 I had a short chat with a coworker who sits behind me when he mentioned he was getting his haircut appointment online. The place he mentioned sounded like a hip place so I looked it up and was quite shocked by the prices.

A straight buzzcut was about $20, and a regular customizable haircut was about $30. There was even a $55 one that included a hot towel trim or shaves add-on.

I mentioned I usually go to a $10(+ $2 or $3 tip) Viet barber that is quite good and have been going for many years now.

But I wanted to try the new experience of an “expensive haircut”. To see if there’s any difference between a regular cheap vs luxury haircut.

I went to the site, they were booked for the next several days. “They must be popular”, I thought. I booked an appointment a little less than a week away for a “social haircut” and looked forward to it.

The date came, and I rushed to the shop right after work. It was not far but it was rush hour traffic and it took longer than I thought.

I parked outside, the shop looked like a well-decorated standalone garage. It looked unique from the surrounding buildings. I walked in, there were 3 men and 1 child in the waiting area. It smells really nice in here, I thought. At least compared to regular barber shops. Then again I wasn’t really surprised because of the exorbitant price. “It must also be a way to justify to the customers the premium prices”.

An overdressed guy covered in tattoos came around and asked each person who they have an appointment with. I had to look up the person on my phone, I had made the system choose the first barber available.

After waiting for a bit I heard my name and stood up. It was the barber. We shook hands and went over to his cutting area.

He was a short bearded man with a plain haircut.

He asked me what kind of haircut I want. Short on the sides, longer on top. Same thing I usually tell my regular barber.

I half expected him to not even ask questions. Just to take a look at the shape of my face and immediately start working his way with my hair. Isn’t that what the high price is for? They just immediately pick the best trendy haircut for your face?

The biggest difference between this and my usual haircuts was the conversation.

We talked pretty much the entire time, ranging from work to personal details. His wife to his ancestry. He looked a little Indian but not really.

With my usual barber he would ask me what kind of haircut I want in the beginning, I would say a simple style I want or sometimes show him an example picture on my phone. Then he would say something – which I don’t always understand but I usually nod to say yes. Sometimes we briefly talk about soccer if there is a big event going on, which team is playing or which ones are good. I don’t think he always understands what I say and the same goes for me. We have to resort to using short simple sentences. “They good”, “he good”, “so lucky” for example. That was about it.

My haircut was finished, the total came to $36.97 with tip included. It didn’t look that good, my usual haircuts are better. Though he did say it will take a few haircuts for him to get used to my thick forest hair. That would be a lot of $$$, I thought.

The customer next to me finished right before me and was at the checkout when I made my way over. I saw his total, it was $79. I believe he was paying for his friend too. But still, that’s quite a lot.

I walked out of the store and told myself now I had the experience. Time to go back to the old haircuts.

The next time I go back to my regular barber he might ask me where I have been. He might even say “Long time”.

The next day I went to work and asked my coworker if the reason it was called a “social haircut” was that you talk with the barber the entire time?

Another coworker chimed in, “They don’t always talk to you when getting a haircut? Mine always talk the entire time”.

Nooo…They don’t. Well, they do. But amongst themselves (the barbers) in a foreign language. Probably making remarks on the customers, I thought.

One thought on “Getting An Expensive Haircut”