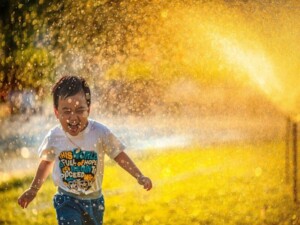 I’ve heard a lot of people say they just want to be happy. They live as if happiness is something that can be attained by buying stuff, hiding behind drugs or alcohol, distracting oneself with what’s trending. But what goes up must come down, and before long they are back to the same place only broker, sicker, and unable to concentrate for longer than 30 seconds.

I heard a smart guy said happiness is a skill that can be trained. I agree to an extent. It is much easier to be happy when you are fit, well nourished, slept well compared to over/under-eating, stressed out, bad sleeps. Negative habits can lead to a negative cycle that just keeps on feeding upon itself.

I have a vague feeling of different goals i’d like to pursue in the future. Not so much in the near future but sometime in the coming years. I already know if I ever achieve those goals happiness would be brief and leave me shortly thereafter. I also already know if I don’t pursue and at least fail then I will regret it later.

I don’t think people think about what happiness means to them. They just spout out some nonsense they heard from the latest gossip show, the ads they see whose purpose is to sell them their products. Instead I believe it is much better for each to pursue what is meaningful to the individual, whatever that may be, at their current time and place.