I was eating one meal a day, tried to study for most of the day, napped, and barely left the house unless it was unavoidable.

Over the weekend I went to to pick up groceries which mostly contained bacon, eggs, beef, lamb, chicken, and avocados. The carnivore diet.

Even though I was only eating once a day the supplies started running low quick because I was eating about 5-7 eggs a day, a ton of meat, butter, and rice.

On a Thursday afternoon I reminded myself to go and get more food at the store. But then I was busy with other stuff so instead of eating I just fasted longer than usual until I couldn’t deal with the hunger anymore. I resorted to eating noodles which had been untouched for the past 2 months because there were better alternatives.

The cycle repeated itself for the next 5 days. I fasted till I was super hungry, then I would rummage through the cabinets searching for whatever food I could find.

This has been some sort of an adventure. There were leftover food, and other packages which were untouched since my family came to visit.

WHEN ONE IS HUNGRY, ONE BECOMES RESOURCEFUL

I finished the packet of noodles in 2 days. Now what?

I started going through the fridge. There were some native foods which I had no idea how to prepare, I couldn’t look them up on google either. A plastic bag? I hoped it contained tasty edible treats. I went through the fridge, and entire kitchen immaculately.

Some foods I found include

I utilized most of the food I had, including ones that had not seen the light of day in months.

Some may be wondering why I had so many foods that I didn’t know about?

I live a simple lifestyle, I eat the same things pretty much daily. I don’t eat junk or processed foods that are now so prevalent today. Although it can be fun to have cheat meals here and there (live life a little).

It is also partly cultural, my mom will keep stock of food and vegetables which most of the younger generation have no idea what they are. I keep them in the freezer until someone more knowledgeable come to visit.

The groceries I bought earlier in the week was close to $80. Most of it didn’t last very long, and they had to be cooked and prepared.

The poor man’s diet lasted about the same time frame. I was much more creative with the options I had. Example – Onions, tomatoes, cheese, over rice + butter 😐

Almost a week of the poor man diet, I finally went out to get groceries. 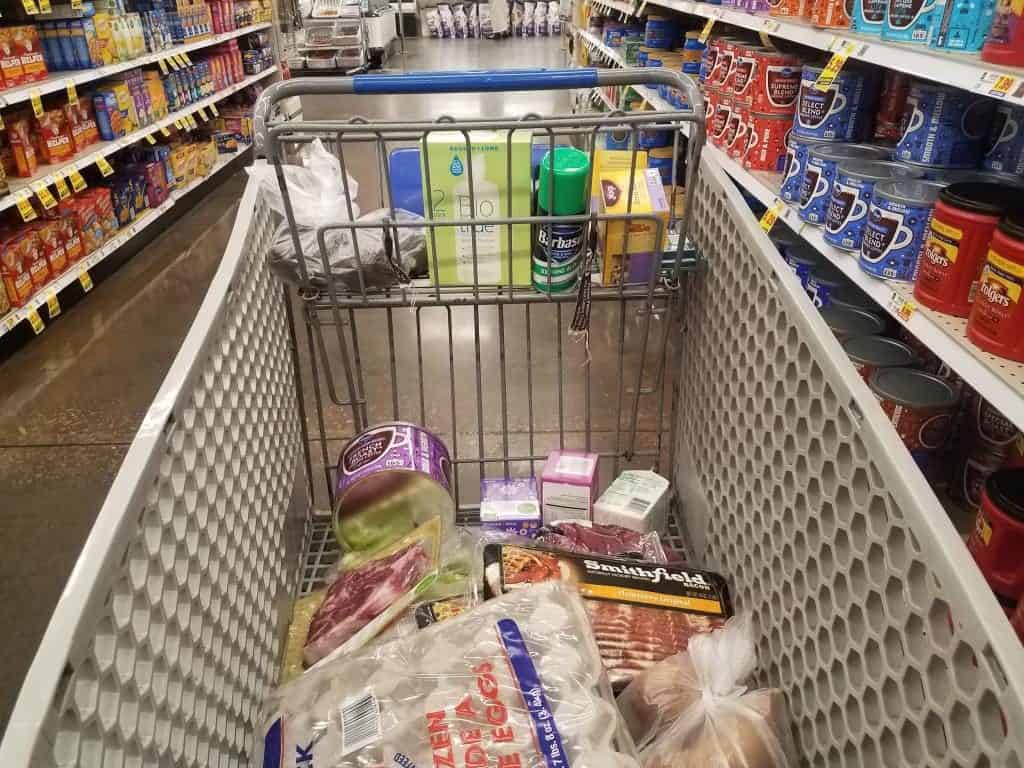 After this entire ordeal I was more knowledgeable on the foods in my kitchen, threw away expired packages, and I didn’t forget how delicious the baked sweet potatoes tasted with butter. Slurp. I made sure to pick them up in the store.