I asked the Google Home near my bed “do I need to wear a jacket today?” she replied that I should. This device was a Christmas present from a family member, and as convenient as it is, it tracks my every search and knows many intimate details about me. Details including the amount of alarm clocks I set in the morning.

I decided to eat a little bit before I head off to class. I rushed off and took a detour to the oriental store to get ramen noodles.

Once I got off the train and set foot in the city, a gust of wind blew and it caught my attention. It was then that I realized I had forgotten to wear a jacket. I marched the streets as fast as I could to get to class and escape the cold. The chill reminded me the entire day of my regrets.

Later that day, my friend and I walked outside the school building and there I saw a very well dressed man in a suit walking towards our building. He looked like the referee from my soccer league. So as he walked closer I smiled, looked him in the eyes and gave him a head nod. I thought he was going to start talking to me but then he turned away to avoid looking at me and walked off. It was then that I realized he was not the guy I knew, I then yelled out to my friend “That guy probably thought I was gay!!!”. My friend laughed out loud and said “It’s ok, there are a lot of gay people in Atlanta”. Somehow that comment didn’t make me feel better.

I went home to grab my soccer gear and head to the field. I made sure to grab a jacket this time. I also quickly heated water, put it inside one of the ramen cups and grabbed it on my way out.

I found this Chinese song on Spotify the day before and I continued to listen to it on the way to the field. The soccer field was a bit far off so I wasn’t sure if I would get there on time. I got there 2 mins late. Parked the car and then ran the rest of the distance.  This was my way of warming up since I won’t have time. My teammates were calling my name as I got closer. My friend has a running joke of saying “You’re my favorite” whenever we play a game together.

He asked if he was on my Youtube video from one the previous nights I recorded. I told him he was. Briefly. And that I would show it to him after the game. He said cool and the game started.

It was so cold I wore my jacket underneath the jersey and it looked ridiculous my teammates were friendly mocking me. The game ended with us smashing them like 8 – 0 or something, I stopped counting halfway.

These games are awesome if you’re on the winning side. I’ve had the misfortune of being on the other side and I can tell you it is not as fun. But much more memorable.

During the game a guy called my name from the sides. I had my eyes fixated on him to identify who he was. It was an old teammate from high school and I was a bit shocked it took me a few second to recognize him. I yelled back “what’s up” because I couldn’t recall his first name at the moment. Only his last name. It was during game time so that was the end of our conversation.

I saw him again after the game and we started talking as we walked towards the parking lot. We had a good talk about mutual friends, and I asked him about his marriage. He said he hadn’t actually gotten married and he broke off the engagement because he didn’t feel she was the one – he had second thoughts about her. I didn’t know what to say, but he continued saying he was all good now so we had a laugh about it. Of how much it can suck right after a break up. We then said our goodbyes.

It was close to midnight. I took a long hot shower. Then decided to eat anyway. I haven’t been eating much lately. I still wanted to wake up early so after brushing my teeth and taking off my contacts I said I’ll just sleep a little less this time. I then set my alarms on two different devices. I then remembered I had forgotten to show my friend his cameo in my video.

I don’t remember the next morning very well. Except trying to solve math problems half-asleep. But then I looked to the clock on my right and it said 8:00 AM. I had set my alarm for 5. A bit disappointed I turned my body sideways to the left, closed my eyes for a second, opened them again and the clocked now said 9:00 AM. 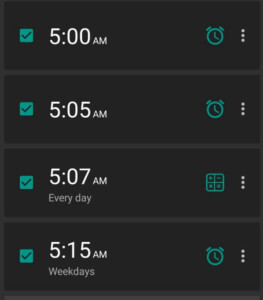 I wanted to work on my Mizo project so that’s what I did. I took some Mizo proverbs and translated them to English. Except they were my own translations and I didn’t understand many of the Mizo words myself.

Then it was time to get ready, dress, and go to the store to pick up flowers. As soon as I walked in the store, in front of me was different varieties of flowers. I picked three different colors that I thought complemented each other well. I grabbed two hot dogs before checking out. 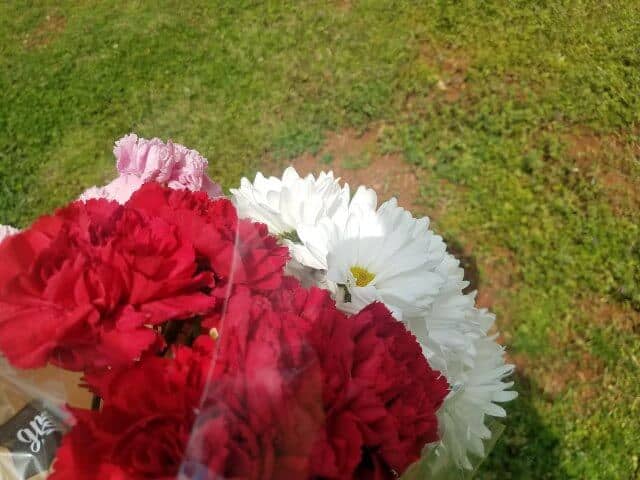 Off to the place I went. When I come here I often think – What am I doing with my life? Where am I headed? I reminded myself that sometimes the best you can do for others is to have a good life yourself.

Sometimes we live not just for ourselves for the one’s who have given us the opportunities to enjoy this time today. We owe it to them, to live a content and fulfilling life. We don’t just live for ourselves, we also live for their hopes and dreams. Dreams that they are now unable to witness.

It is upon ourselves as individuals to take responsibility to live life.

As I was thinking to myself, I had my earphones on. The songs goes:

I struck up a conversation with a girl sitting next to me after class. She asked for my number. Then I went to the library to meet with my group to prepare for a project presentation. Then they all left to go to class.

Now it was just me. I was alone on the table. I thought about studying for an upcoming test but instead I opened a blank page, then I started typing. My thoughts.

Which bring me here.