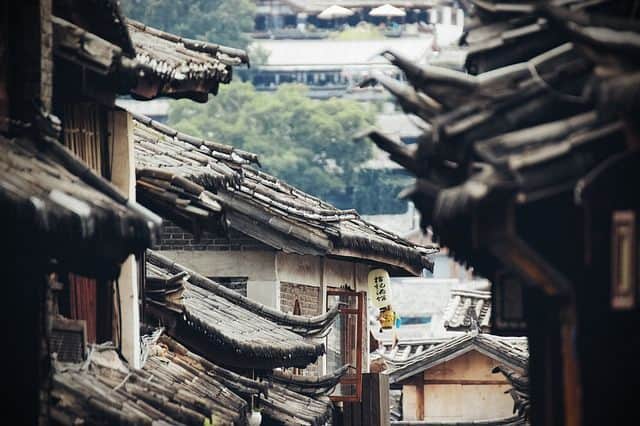 This happened not even a month ago. I walked into the usual Starbucks after work. I felt a strange intense gaze towards my way as I entered the doorway.

Luckily my usual standing spot near the power outlet was vacant so that’s where I settled. I sat my stuff down, ordered tea and went about my business. I needed to use the outlet and went rummaging thru my bag looking for the charger.

The odd guy from earlier offered to unplug his charger so I could use it. I said thanks but there’s one here so it’s ok. I don’t know if he missed the outlet under me but I thought it was a bit strange when it was right there next to me. The man looked a misfit with his unkempt facial hair, loose ill-fitting dirty clothing, and honestly didn’t give the best first impression. With his intense demeanor when he gazed he looked like someone you have to keep an eye on. He seemed to be in his late 30’s early 40’s.

After about an hour I had to use the bathroom and when I came back he had gathered his stuff and was prepared to move elsewhere. He started talking to me again about moving to a different location in the cafe which I didn’t care about. Why is he even talking to me about this nonsense, I don’t even know the guy. But then he mentioned the plant kratom which piqued my interest and I asked him for more details. We talked for about 10-15 minutes, we shook hands and exchanged names. Afterwards I thought he was a really nice guy. Just a bit quirky.

I saw him again a few more times at the cafe and we talked briefly.

Last week I wore glasses and he 100% did not recognize me. He came over to my area and asked if I saw something under my table that belonged to him, referred to me as “sir”, and when I told him it’s me I’m wearing glasses today he complimented me on the glasses, he was still preoccupied with his lost item and had no idea who I was.

The next time I saw him I had no glasses and he still didn’t seem to remember me.

I told my roommate about the story. I had accepted that he wouldn’t recognize me anymore.

However, I was sitting at a table today when he walked from the bathroom’s direction, saw me, and greeted me in a friendly tone. We shook hands, his hand was still a bit wet. wtf..

He apologized for the past week, said he had a lot going on in his mind, also something about his fiancee. I said not to worry. He continued for a bit then casually mentioned how he was fired from work today. I sympathized but didn’t ask for details. “I’ll tell you about it.” From his story it seemed to be a mistake made by management.

I felt terrible for the guy as he told me what happened. He said all this in his usual jolly tone, he was still raggedly dressed because of his line of work and he wore those bright construction jackets on top.

“This is life. It’ll be ok. It happens all the time. But It might hurt badly if you’re not used to it.” That’s what he said. I was glad to hear that but I still deeply empathized. It feels like he’s saying it, but he didn’t seem to be one who would be financially ok being fired from work.

I wished him the best, and we parted ways. He sat on a table in the dark corner of the cafe. I sincerely hoped he was ok. I wondered if there was anything I could do ? Hopefully this happened so it’ll be a blessing in disguise.

He said he was ok so I shouldn’t be concerned but it lingered in my mind.

About 15-20 minutes passed. Then I heard a sniffling. I turned towards the sound and it was him. He was sitting, earphones in, resting chin on hand, he turned his face towards the wall. I could be wrong, I only saw half the face but the man looks distressed.

It’ll be okay stranger. It will all be ok.

Hopefully I see him again at the cafe and catch up on life.